The Isle of Man is divided into six administrative districts, called sheadings. The six sheadings are Ayre, Glenfaba, Garff, Michael, Rushen and Middle. The term 'sheading' is thought to be a Norse word for 'ship division' and each district was believed to be responsible for producing a certain number of warships. 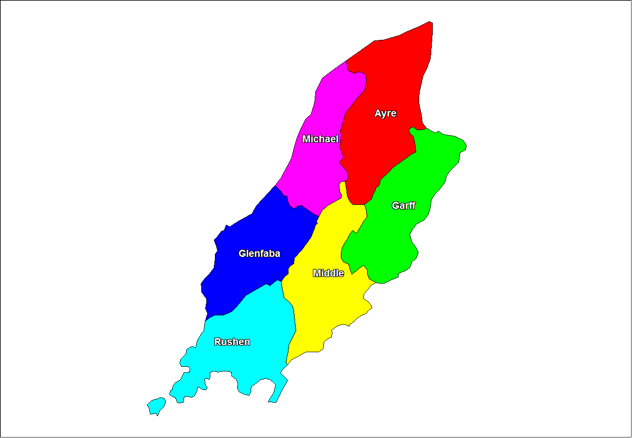 Each sheading has a coroner. This office must not be confused with the Coroner of Inquests, a role fulfilled by the High Bailiff or the Deputy High Bailiff.

There are currently 4 coroners:

The main functions of the coroners are:

Coroners are assisted in their duties by Lockmen.

Coroner for Glenfaba and Michael

(Office hours: 10am to 1pm Monday to Friday and afternoons by appointment)

Please click on this link to view leaflets provided by the Island’s coroners to help you understand the coroner services.

All the information on the leaflets is published on behalf of the Coroners in good faith and for general information purpose only. The Isle of Man Courts of Justice (General Registry) does not make any warranties about the completeness, reliability and accuracy of this information. Courts.im will not be liable for any losses and/or damages in connection with the use of these leaflets.  For more information concerning the Disclaimer please click here.

Code of Conduct and Complaints, Disciplinary and Grievance Procedures for Coroners

Coroners hold public office, appointed by the Lieutenant Governor under the Customary Laws Act 1422 and are ultimately accountable to the Governor for their conduct and activities. Coroners have over the years undertaken their roles with diligence, mindful of the significance of this ancient position. Nevertheless the role of Coroner has changed significantly from its beginnings and continues to evolve and, in this twenty-first century context it is appropriate to introduce a written Code of Conduct to provide a framework that clearly sets out for Coroners and for those who use the services of the Coroners the standards that are reasonably to be expected when a Coroner carries out their duties.

To support the publication of the Code of Conduct, any investigation relating to a complaint, disciplinary or grievance matter will be carried out in accordance with published procedures.